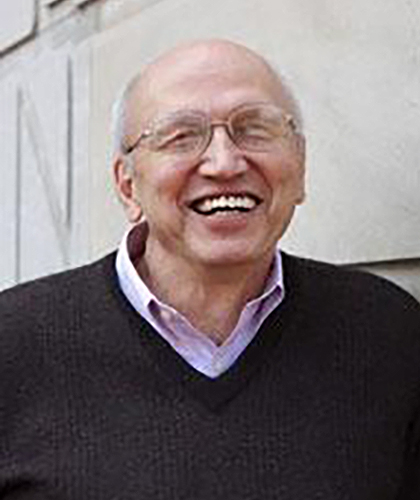 An Wang Professor of Computer Science and Electrical Engineering
Founder of the Harvard Robotics Laboratory
School of Engineering and Applied Sciences, Harvard University

The Institute for Systems Research

As high-data-rate sensing mechanisms have proliferated and the value of autonomous decision making has become more widely recognized, many sophisticated techniques have been applied to process data within feedback loops. As a result, interest in estimation and control algorithms suitable for time-critical applications has grown. Professor Brockett's research is concerned with the development of prototype modules and general principles that can be used to design such systems and to predict how they will interact with their environment.

Robots are one example of computer-controlled machines in which motion control is a central issue. Others include surveillance vehicles, numerically controlled machine tools, autonomous loaders, repair vehicles, etc. Many recent efforts to permit these systems to react to various sensory data in real time incorporate new computational paradigms, such as neural networks and adaptive arrays. In recent work, Professor Brockett and his coworkers have shown how parallel analog algorithms can be used for these purposes and how several problems in combinatorial optimization can be understood in the context of control and dynamical systems.

Problems of computational tractability are critical to systems that must operate in real time. An answer that cannot be computed in a fixed amount of time may be useless. To operate within these constraints, systems must reduce data as they are gathered, making use of special data structures that facilitate rapid computation. One goal of current research is the development of a device-independent language to control such systems and to model in a useful way systems that are language driven.

Prestigious ASME award given for contributions to differential geometric control