Title: The Mars 2020 Perseverance Rover; A mission overview and an insider’s perspective on what it is like to work with an extraordinary team on an incredibly complex project.

The virtual presentation will be held Friday, July 10 at 1:00pm EST

Presentation Description: NASA’s next Mars Rover, Perseverance, is set to launch July 22nd, 2020. The latest mission in NASA’s Mars Exploration Program has the direct aim to seek out traces of past life on Mars. Perseverance has the potential to answer some of our most fundamental questions on our existence in the universe and whether or not we are alone. Please join us on Friday, July 10th 2020 at 1:00pm for a virtual presentation titled: “The Mars 2020 Perseverance Rover A mission overview and an insider’s perspective on what it is like to work with an extraordinary team on an incredibly complex project.” Evan Kramer, a spring 2020 graduate from the University of Maryland’s Department of Aerospace Engineering and former Perseverance Rover engineering intern at NASA’s Jet Propulsion Laboratory will host the presentation on behalf of the NASA/JPL Solar System Ambassadors program and be joined by two former Terp JPL engineers Dave Mohr and Doug Klein for a post-presentation Q&A session. Whether you would like to learn about NASA’s next Mars rover, hear what it is like to intern at NASA, or speak with two fulltime NASA/JPL engineers, we hope you join us! 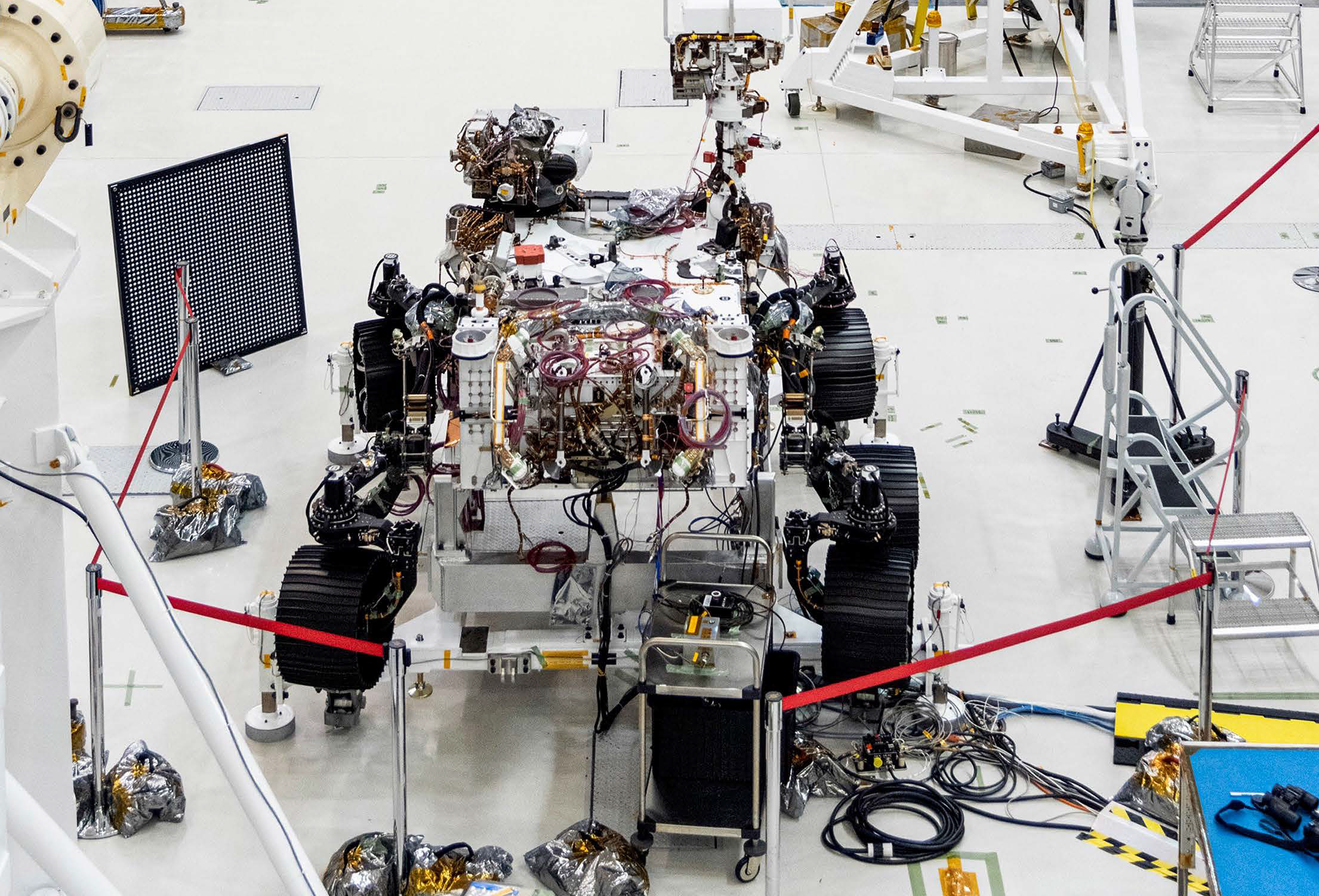 Evan Kramer: Evan Kramer graduated from the University of Maryland, College Park this past spring with a B.S. in aerospace engineering and a minor in physics. He has worked four summer internships at NASA throughout his undergraduate career. During the summer of 2017, he supported calibration and alignment of the Orion Spacecraft’s optical navigation cameras at NASA’s Johnson Space Center in Houston Texas. During the summers of 2018, 2019, and 2020, he supported several efforts at NASA’s Jet Propulsion Laboratory in Pasadena, California including the GNSS-RO, AMR-C, and LRA instruments on the Sentinel-6 ocean topography spacecraft, the SHERLOC and Mastcam-Z instruments on the Mars 2020 Perseverance Rover, and the development of a modular imaging spectrometer optical testbed. Evan passionately engages in STEM outreach by hosting events through the NASA/JPL Solar System Ambassador Program and writing and photographing several stories for the NASA/JPL Education Office’s website. Evan will be enrolling at the Massachusetts Institute of Technology this fall where he will begin working towards his master’s degree in aeronautics and astronautics by supporting the development of a rectangular strip aperture spinning space telescope, called SpinAp, in the Space Systems Laboratory.

Dave Mohr: Dave Mohr graduated with a B.S. in Astronomy in 1991 and a B.S. in Aerospace Engineering in 1994 from the University of Maryland. He performed classified work for the Naval Surface Warfare Center in theatre missile defense while earning his Master’s degree from Old Dominion University in 2000. Dave went on to fulfill his long-time dream of working for NASA’s Jet Propulsion Lab in Pasadena, Ca. and for the past 19 years has served in various systems and management roles for a number of venerable flight projects – including Cassini-Huygens, Europa Clipper, and the NASA/ISRO Synthetic Aperture Radar (NISAR) mission. Dave now serves as the Flight Operations Team Lead for NISAR, and as Technical Group Lead for JPL’s Planning & Execution Systems Engineering Group.

Doug Klein: Doug Klein is a systems engineer at NASA’s Jet Propulsion Laboratory, specializing in planetary sampling systems. He currently serves as the Mars 2020 Robotic Arm Flight Systems Engineer. He previously supported the Mars Science Laboratory mission in several operations roles.  Doug holds a B.S. in Aerospace Engineering from the University of Maryland and an M.S. in Astronautical Engineering from the University of Southern California.