Organizers of the first Maryland Robotics day, Sept. 10, learned something very important along the way: Robots are popular. Very popular!

Well over 400 people attended the event on campus, including some 100 high school students, their science teachers, and their parents; as well as representatives from neighboring national labs, start-up companies and defense industries. The keynote speaker, Dr. Martin Buehler, Director of Research at iRobot, delivered an informative and stimulating talk which also included a number of exciting videos.

A total of 16 research laboratories showcased their robotic projects for almost 4 hours continuously. Many labs stayed open for visitors well past the stated ending time of 2 p.m. Graduate students and their faculty advisors did a superb job explaining and demonstrating their robotics work to the legions of visitors. Undergraduate students from the Science, Technology and Society honors program acted as guides throughout the event.

ISR Director Reza Ghodssi called the event, "an excellent demonstration of our strength and expertise in robotics at Maryland. We are now officially located on the world robotics map."

University of Maryland's Between the Columns publication.

A family of robotics hobbyists blog about their attendance. This article was subsequently picked up by the large robotics blog Make:.

Wideo shot by The Diamondback, University of Maryland student newspaper 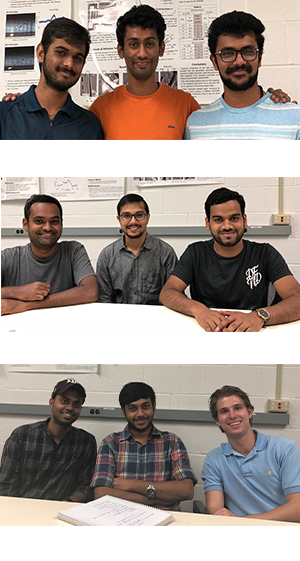