ISR research has contributed to advances in batteries, including a tobacco mosaic virus scaffold battery with high surface area and capacity, high-powered nanostructured 3D microbatteries, and carbon nanotube current collectors for aqueous battery systems. Wireless devices that operate with energy harvested from the environment have been created, and advances have been made in power electronics that convert electricity from one form to another for more electric aircraft, electric vehicles and solar power. In addition, ISR modeling advances the understanding of energy markets. 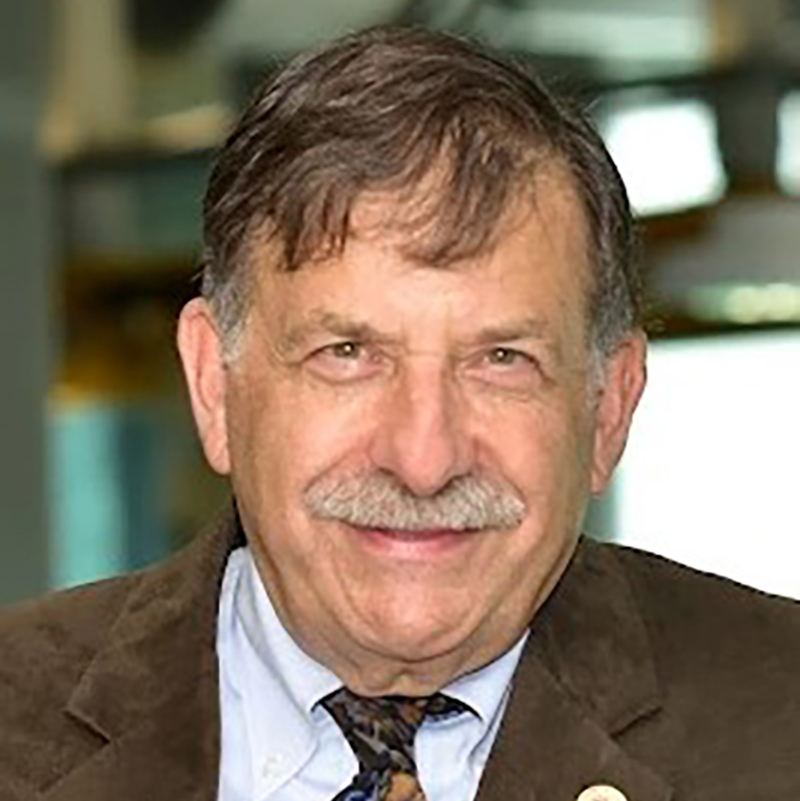 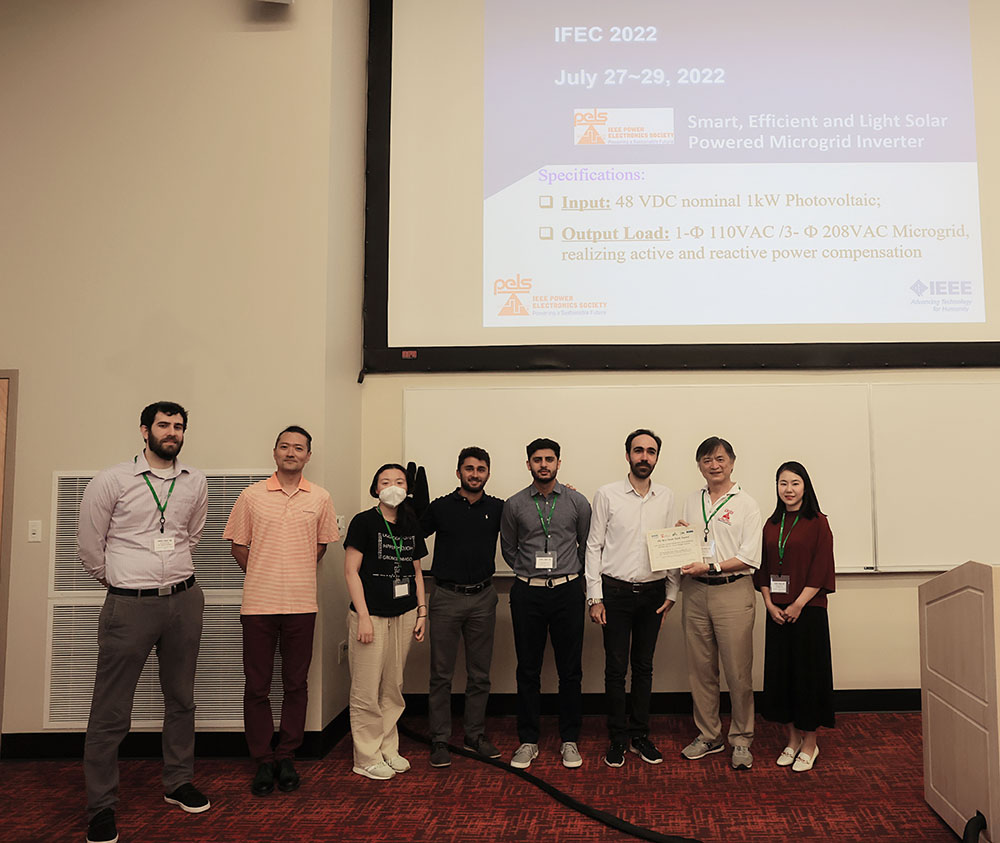 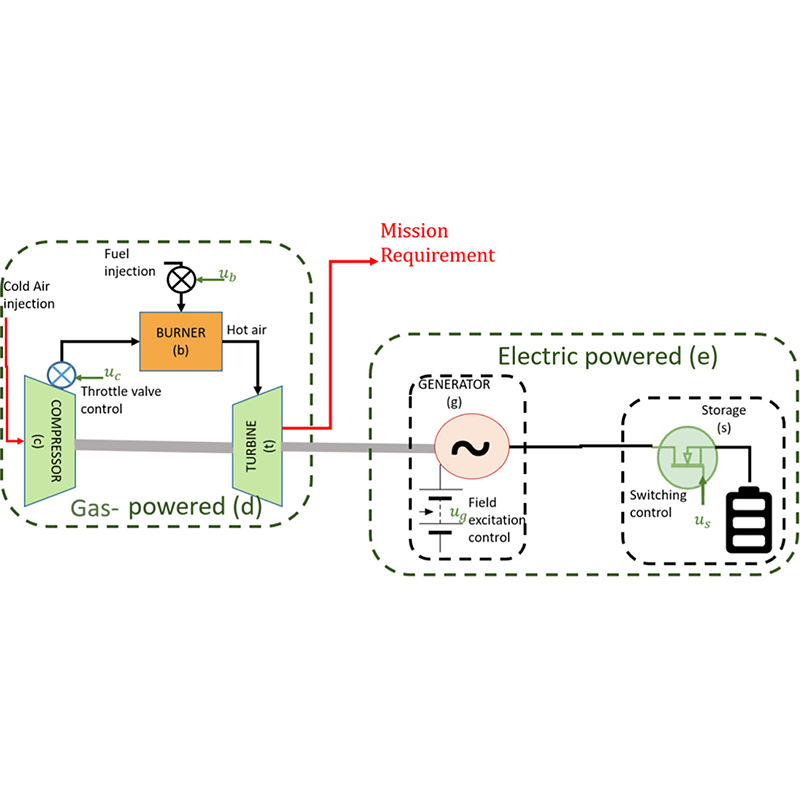 The researchers explore the potential of active control for end-to-end power trains of hybrid electric aircraft. They expand the operating envelope beyond compressor stall and surge limits, allowing a smaller engine to attain the same performance as a larger one.

Centralized vs Individual Models for Decision Making in Interconnected Infrastructure

The 2013 National Infrastructure Protection Plan (DHS, 2013) outlines the need for interconnected infrastructure systems to coordinate more and recognize their interdependencies. We model the two extremes of this coordination spectrum using two different multi-agent models: (a) a model called the “centralized model” in which the agents act as one unit in making decisions and (b) a model called the “individual model” in which the agents act completely separately and have either a pessimistic or optimistic assumption regarding the damages of the other infrastructure systems controlled by the other agents.

This paper investigates the game theory of resource-allocation situations where the “first come, first serve” heuristic creates inequitable, asymmetric benefits to the players. Specifically, this problem is formulated as a Generalized Nash Equilibrium Model where the players are arranged sequentially along a directed line graph. The goal of the model is to reduce the asymmetric benefits among the players using a policy instrument. It serves as a more realistic, alternative approach to the line-graph models considered in the cooperative game-theoretic literature.

The development and capabilities of the 2020 World Gas Model (WGM) are presented and exemplified through the analysis of two important case studies currently facing the natural gas market, a key component of the global energy sector.

Residential demand response (DR) programs are generally administered through an electricity distribution utility, or an electric grid operator. These programs typically reduce electricity consumption by inducing behavioral changes in the occupants of participating households. The authors propose implementing a wholesale-price-sensitive residential DR program through the retail electricity provider (REP), who has more naturally aligned incentives to avoid high wholesale electricity prices and maintain customer satisfaction, as compared to distribution utilities, grid operators, and the average residential consumer. They find that on average a REP can avoid USD 62.07 annually per household using a load-shifting program. Given that REPs operate in a low-margin industry, an annual avoided cost of this magnitude is not trivial.

A dynamic programming formulation designed to optimally schedule demand response events to maximize savings for retail electric providers. Also considers the effects of price uncertainty on savings through the use of stochastic dynamic programming.

A risk-based, stochastic multi-period model with binary decision variables at each stage has usefulness for planning the retrofitting of buildings for energy conservation.

Inverse equilibrium modeling is a data-driven method that fit parameters of an equilibrium model in order to minimize the deviation from an observation. This paper shows how to use Karush-Kuhn-Tucker (KKT)conditions to invert equilibrium problems.

This work presents different continuous reformulations of the binary constrained mixed complementarity problem, common in many real-world engineering-economic systems such as energy markets, transportation networks, or supply chains. The main idea is to obtain purely continuous reformulations so that local NLP solvers can be applied that are usually faster compared to mixed-integer solvers.

A practical means to analyze and cluster residential households into homogeneous groups based on electricity load, a top priority for retail electric providers so that they can effectively plan and conduct demand response.

ASME Journal of Engineering for Sustainable Buildings and Cities

A systematic design framework to realize a highly efficient and compact planar magnetic link for a quadruple-active-bridge (QAB) converter. The proposed design framework comprises multi-objective optimization methods for all magnetic components in the high-frequency link, namely, the multi-winding transformer and the series branch inductors.

To precisely predict the PFC choke inductance and its losses, a dynamic ripple-based inductor modeling technique is proposed, considering the real-time current ripple over each switching cycle.

Switching function approach is a powerful and computationally efficient method to simulate a voltage source inverter. In this paper, the authors extend this idea to design an input filter capacitor, compute the power loss in switches and investigate the thermal performance. This paper provides a simple approach to design an inverter and its auxiliary power components.

Single-phase inverter or rectifier systems often make use of an active power decoupler (APD) to balance the mismatch between constant dc power and fluctuating ac power. This article deals with the comparison of continuous conduction mode (CCM) and critical conduction mode (CRM) operation-based design of a parallel boost-type APD for photovoltaic microinverter applications.

A comprehensive design approach for a three-winding planar transformer

A new three-winding planar transformer design with the integrated leakage inductor is proposed for a triple-active-bridge converter. It enables two output voltage levels: a high voltage (HV) output port and a low voltage (LV) output port. The primary and secondary windings are split unevenly in both side legs while the tertiary winding is connected in parallel. The unique winding configuration enables enhanced efficiency with low volume and suppressed parasitic capacitances.

This paper presents an improved analytical modeling (IAM) approach for the dual-active-bridge (DAB) converter in the frequency-domain. Specifically, finite transition times are incorporated into the improved modeling that is significant in DAB converters operated at high frequency.

This paper deals with efficiency and size optimization of a parallel boost-type APD circuit for PV microinverter applications.

A harmonic-superposition-based frequency-domain approach for analysis and optimal design of a single-stage DAB-based DC-AC converter used in low-voltage DC to high voltage AC applications, such as a PV microinverter.

Researchers are racing to develop alternatives to Li-ion batteries, primarily through using solid-state electrolyte (SSE) materials. The superionic conductor SSE known as Li10GeP2S12 (LGPS) is especially promising because of its exceptionally high ionic conductivity that approximates conventional liquid electrolytes. While LGPS shows exceptional potential to fulfill the promise of solid-state batteries, unfortunately it is chemically and electrochemically unstable against both Li metal anodes and high voltage Li-ion cathode materials. This instability dramatically reduces the efficiency of LGPS-based battery systems. This study examines ways to mitigate the electrochemical LGPS degradation through the use of coatings such as ALD LiPON.

Demonstrates the development of NaPON via PEALD, which can operate at lower processing temperatures than the previously published thermal ALD NaPON process.

Journal of Vacuum Science and Technology A

Investigates the effects of lithiation on the structural and optical characteristics of a model thin film system—LixV2O5—as a function of depth, using several highly sensitive and nondestructive spectroscopic methods with different depth sensitivities.

The polymerization behavior of DOL with multivalent Mg and Al salts is investigated. The researchers conclude that strong Lewis acid cations such as Al3+ and Mg2+ can catalyze DOL polymerization and their Lewis acidity, and ability to catalyze the reaction, is influenced by the associated anion. These discoveries could help expand the applications of Lewis acid catalysts in polymerization reactions and give insight into the importance of the properties of metal salts. These insights may also be critical in deciding whether to utilize DOL as a solvent for Mg battery systems and what electrolyte compositions may be ideal.

Ionic conductivity needs to be improved significantly for solid polymer electrolytes to be considered competitive alternatives to organic liquid electrolytes for battery technology. The strategy employed in this paper is to promote polymer microstructures that facilitate ion transport by developing an amorphous rather than crystalline polymer matrix.

In combining organometallic with organic precursors, molecular layer deposition (MLD) offers not only an expanded portfolio of molecular combinations but specifically the possibility of tuning mechanical properties for more robust functionality. This is appealing for applications in energy storage, where ion transport in and out of electrodes causes significant stress/strain cycling. It is particularly opportune for Li ion solid state batteries (LISSBs), where electrode and solid electrolyte structures are usually arranged densely for high power and energy. Despite diverse MLD applications to date, little prior research has been aimed at Li-containing MLD materials and processes. This work demonstrates the synthesis of a Li-containing organic thin film using organic-inorganic MLD reaction between LiOtBu and PD.

The Journal of Physical Chemistry C

Among the different rechargeable battery technologies available, Co/Ni/Mn-based Li-ion systems appear to be a leading contender for automotive applications as a result of their high specific energy. However, the high operating potential of this system is outside the thermodynamic stability window of standard organic carbonate-based electrolytes. This results in electrolyte oxidation with transition metal dissolution and gas formation at the electrode/electrolyte interface during cycling, which leads to severe loss of electrochemical performance. To address these challenges, many strategies are currently being investigated, ranging from the development of new electrodes and electrolytes to the improvement of commercial Li-ion systems by surface engineering of the interfaces.

In this work, we mitigate parasitic interfacial processes in start/stop batteries by atomic layer deposition (ALD). We develop an Al2O3 or LiPON conformal artificial SEI layer on LMO and LTO electrodes and study its effect on the Li-ion batteries failure modes with differential electrochemical mass spectroscopy (DEMS), X-ray Photoelectron Spectroscopy (XPS) and ICP measurements. The beneficial impact of the protection layer on the kinetics of the gassing, metal dissolution and associated chemical cross-talk was clearly identified. The presence of a protection layer at the LMO surface, in particular of a 10 nm LiPON conformal layer, mitigate the electrolyte oxidation at high voltage at 60°C with a significant reduction of the amount of H2 produced. The formation of metal complexes and subsequent poisoning of the SEI is also attenuated. Interestingly, counter intuitively, the ratio of the inorganic to organic components of the SEI is lowered by the presence of an inorganic protection layer. The correlation between the nature of the electrode protection layer, the electrode's surface activity, and associated organic electrolyte oxidation pathways will be presented and discussed.

A flattened structural Luneburg lens (FSLL) based on structural thickness variations is designed by using the quasi-conformal transformation (QCT)technique.

Journal of the Acoustical Society of America

An alternative structural Luneburg lens which has a refractive index that varies smoothly with its radial distance as a result of a changing thickness.

The paper proposes an alternative structural Luneburg lens with a refractive index that varies smoothly with its radial distance as a result of a changing thickness. This simple lens design enables a continuous gradient of refractive index, which allows flexural wave propagation to be manipulated and overcomes limitations in existing wave manipulation devices.