Professors Warren D'Souza (Department of Radiation Oncology, University of Maryland Medical School), K. J. Ray Liu (Electrical and Computer Engineering, Institute for Systems Research), and Thomas McAvoy (Emeritus, Chemical and Biomolecular Engineering; ISR, and Bioengineering) have received a $1.8 million grant from the National Institutes of Health (NIH) for their proposal titled "Feedback Control of Respiration Induced Tumor Motion with a Treatment Couch." The project, for which D'Souza serves as the principal investigator, is part of an ongoing effort to develop a novel, more accurate means of delivering radiation therapy to cancerous tumors in the lungs and upper abdominal region.

The proposal addresses a common problem in radiation treatment: as the patient breathes, tumors may move, making the delivery of the radiation to the right place more difficult, and irradiating healthy tissue in the process.

At the center of the project is a real-time tumor motion compensation system using a treatment couch that will ensure accurate delivery of radiation without increasing patient discomfort, treatment time and cost, or biological effectiveness. The system simultaneously uses cinematic magnetic resonance imaging (cine MRI) to see the tumor as it moves, and an infrared camera to track markers on the patient's skin. It then correlates the position of the tumor with the position of the markers. This data is then used by a feedback control system to instruct the couch on which the patient is resting to move, adjusting itself to compensate for the patient's motion and effectively holding the tumor in a stationary position. The system will also learn to predict tumor position by analyzing data previously collected, and adapt to irregular tumor positions and movements.

This method, the team believes, will be far more efficient and effective than current solutions that involve the patient holding his or her breath—which can be difficult for an ill person—or gating, in which delivery is synchronized with the patient's breathing but increases treatment time and cost.

Since first reported on in October 2006, the project has gained momentum and potential. In addition to the substantially increased funding, D'Souza and McAvoy have published 2 papers about their research and filed a patent application for the system that has generated licensing interest in industry. Liu joined the project more recently, contributing his expertise in signal processing to help improve the control system. 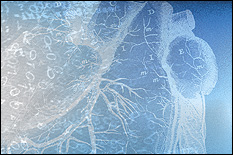