ISR Director Reza Ghodssi (ECE/ISR) is one of the three Guest Editors for a Special Proceedings of the Journal of Micromechanics and Microengineering (JMM) published this month. "Selected papers from the 9th International Workshop on Micro and Nanotechnology for Power Generation and Energy Conversion Applications (PowerMEMS 2009)" presents papers selected from the 2009 PowerMEMS workshop held in Washington D.C., from Dec. 1–4, 2009. Ghodssi was the chairman of the event.

Since it was first held in Sendai, Japan in 2000, the PowerMEMS workshop has focused on small-scale systems that process, convert, or generate macroscopically significant amounts of power, typically with high power density or high energy density. In the workshop's early years, much of the research presented was on small-scale fueled systems, such as micro heat engines and micro fuel cells.

The past nine years have seen a dramatic expansion in the range of technologies that are brought to bear on the challenge of high-power, small-scale systems, as well as an increase in the applications for such technologies. At the 2009 workshop, 158 contributed papers were presented, along with invited and plenary presentations. The papers focused on applications from micro heat engines and fuel cells, to energy harvesting and its enabling electronics, to thermal management and propulsion. Also presented were the technologies that enable these applications, such as the structuring of microscale, nanoscale and biological systems for power applications, as well as combustion and catalysis at small scales. This special section includes a selection of 12 expanded papers representing energy harvesting, chemical and fueled systems, and elastic energy storage at small scales. 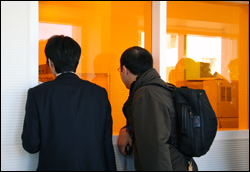