Professor Tony Ephremides (ECE/ISR) has been elected as one of six external members of the new 15-member Institutional Council of the National Technical University of Athens. Dr. Ephremides is an alumnus of the university, which he says is “the alma mater of most engineers of Greek descent who populate universities of the world, including our own.”

Greece recently revamped its educational laws as part of its efforts to recoup from the severe crisis it has suffered in the last few years. It has established at each university a body known as the Institutional Council, which functions similarly to the board of trustees in American universities. These bodies, now in their first year of operation, are the cornerstone of a new system of governance of each university in Greece.

They have substantial powers and responsibilities. The president of the National Technical University of Athens Council is Professor Michael Triantafyllou of MIT. The Council includes distinguished professors from universities in North America and Europe.

“I am happy I have the opportunity to contribute in a modest way to this effort,” Dr. Ephremides says. “I consider it another way in which our own faculty can have an impact around the world.” 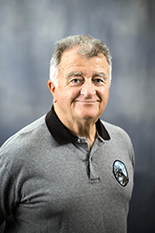