Sennur has been the PI on a number of multi-year NSF grants in her time at Maryland, including three last year for rechargeable networks (4 years), interactive security (4 years), and delay minimization in wireless networks (3 years). She is a recipient of a 2005 NSF CAREER Award, and a co-recipient of the 2003 IEEE Marconi Prize Paper Award in Wireless Communications.

Elisabeth won an NSF Presidential Early Career Award for Scientists and Engineers (PECASE) in 2004 (converted from an NSF CAREER Award in 2003). She is also a recipient of the University of Maryland's E. Robert Kent Teaching Award for Junior Faculty in 2004 and the 2004 Invention of the Year Award from the university's Office of Technology Commercialization for cell sensor-based pathogen detection.

Min received an NSF CAREER award in 2002, a George Corcoran Education Award from University of Maryland in 2003, and a Young Investigator award from the U.S. Office of Naval Research in 2005. In 2009, Wu won the A. James Clark School of Engineering's 2009 E. Robert Kent Outstanding Teaching Award for Junior Faculty and the IEEE Mac Van Valkenburg Early Career Teaching Award. Wu was elected a Fellow of IEEE in 2010.

Bruce is part of a team selected by DARPA to develop new supercomputer prototype systems for DARPA's Ubiquitous High Performance Computing (UHPC) program. In 2006 Bruce launched Coil LLC to make his perfect guitar. The company developed patent-pending electronics to give them all of the sounds they wanted from a guitar. Bruce then designed the guitars to put them into. Bruce is also the lead author of a comprehensive new book on computer engineering, titled “Memory Systems: Cache, DRAM, and Disk.”

Elisabeth Smela one of five honored with Campus Women of... 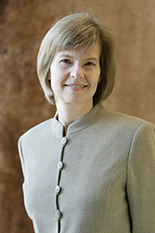