Professor John Baras (ECE/ISR) participated as an invited speaker and invited panel member in The London Workshop on the Control of Cyber-Physical Systems (CPS). The workshop, held Oct. 20-21, 2012, was organized by the University of Notre Dame (USA) and the Royal Institute of Technology (KTH) (Sweden).

Baras' invited lecture was entitled "Components, Compositionality and Architectures for Networked CPS." [PDF here] He presented a three-layer framework for modeling networked CPS that he has developed with his research group. In the context of this new framework he described a few fundamental problems that are unique to CPS.

Primarily, he focused the presentation on the several networks (or graphs) that are needed in order to properly model networked CPS. Baras also described the fundamental significance of the connectivity topologies of these networks. The multiple-physics character of CPS is carefully captured in these abstractions. Further, he showed that these abstractions are also capable of capturing the logical/cyber side of CPS. The integration of these ideas leads to fundamental questions about the representation of CPS properties at the system level, components of CPS and compositionality of properties.

Using a "generalized network" framework, Baras presented new formulations and approaches to these fundamental questions for CPS. He illustrated these developments on the foundations of CPS modeling and synthesis by two examples: heterogeneous distributed sensor networks and security of distributed controlled CPS. Specifically, he discussed and illustrated in each case the fundamental role played by the tight interplay of the physical and cyber sides.

About the Workshop
The workshop was held at the University of Notre Dame London Centre. It was organized to bring together researchers from around the world with research interests in control of Cyber-Physical Systems (CPS). Three of the four organizers were from institutions in the United States, with research efforts supported by the CPS program at the National Science Foundation. An objective of the workshop was to highlight these research efforts and to bring some European and other international researchers with programs in related areas together for the dissemination of results and a discussion of the major research challenges in CPS.

The workshop was organized into five sessions, which spanned topics from fundamentals (mathematical and computational challenges particular to CPS) to applications with an emphasis on controls challenges. The main emphasis was on control. This topic is especially important in CPS because it is at the intersection of the "cyber" and "physical" parts of CPS. Very difficult challenges are posed for control of CPS, however, due to a variety of factors such as very broad time and length scales, the presence of network communication and delays, coordination of many components (with an associated increased risk of component failure as the number of components grows to be very large), model reduction, tractability, etc. 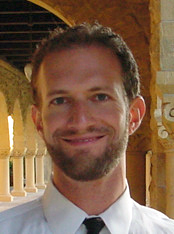 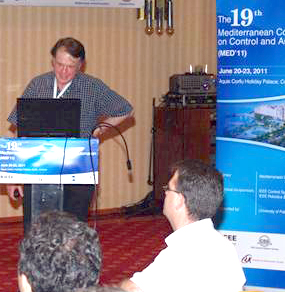