Associate Professor Alireza Khaligh’s (ECE/ISR) research group has received a new round of funding from The Boeing Company to develop an innovative Gallium Nitride (GaN) semiconductor-based modular power electronic solution for more electric aircraft. This project continues the collaboration between MPEL and Boeing, which has already yielded a Silicon Carbide-based RTRU that is 40 percent lighter and 8 percent more efficient than the current state of the art.

In collaboration with Professor Patrick McCluskey (ME) at the Center for Advanced Life Cycle Engineering (CALCE), the team at the Maryland Power Electronics Laboratory (MPEL) is developing the world’s first wide-bandgap GaN-based modular Rectified Transformer Rectifier Units (RTRU) for commercial aircraft such as the Boeing 787. An RTRU converts AC power generated by (for example) the aircraft's engine or APU generators, for use by various electrical components of the aircraft.

With research on novel circuit topologies and innovative switching schemes enabled by the next-generation wide-bandgap GaN power transistors, the researchers are hopeful they can reduce the RTRU volume by a further 30 percent, while boosting overall reliability and performance of the power electronic system.

Aircraft use a variety of power sources in their non-propulsive systems—hydraulic, pneumatic, mechanical and electrical. To optimize performance, decrease operating and maintenance costs, increase reliability and reduce fuel emissions, the aircraft industry is developing aircraft that use electric power for all non-propulsive systems. This concept is known as “more electric aircraft.” 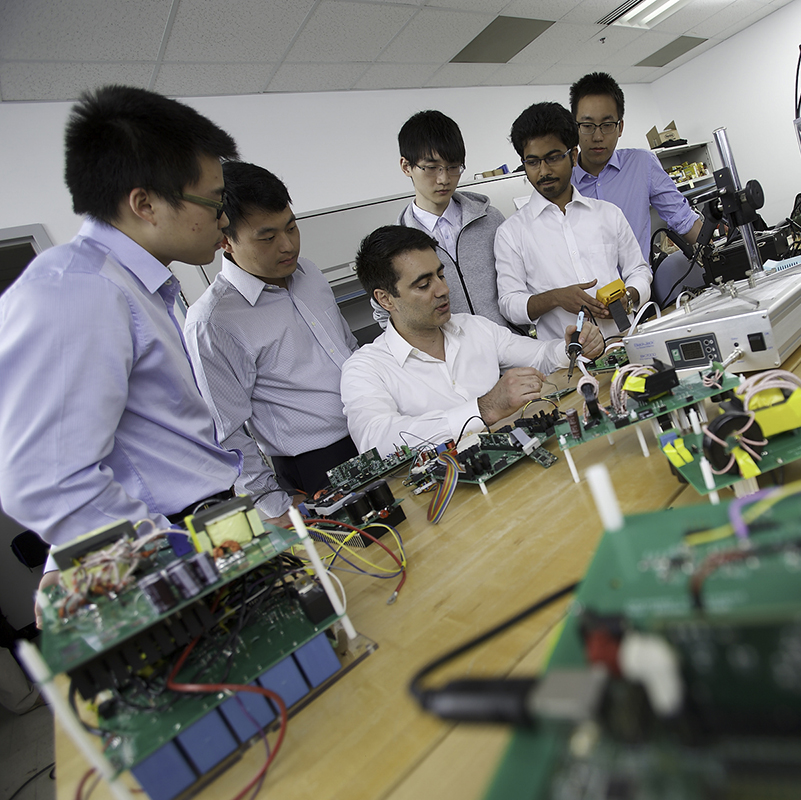