On June 3, 120 mid-career, tenure-track STEM faculty from across the country packed a Madison, Wisc., ballroom for the Denice Denton Emerging Leaders Workshop. Almost all were women, underrepresented minorities, and others from diverse populations. They had come to learn how to further their own careers—receiving encouragement and coaching from those more senior than themselves—and how they in turn could become mentors who could recognize and support talented people of all kinds.

This is what Denice Denton had done. The first female engineer to receive tenure as a faculty member at the University of Wisconsin–Madison, she was appointed at the age of 37 as Dean of Engineering at the University of Washington, one of the youngest as well as the first female dean of a top-ranked engineering program. At 45 she was selected as the Chancellor of University of California, Santa Cruz, the youngest and the first openly gay person to be appointed as chancellor in the University of California system. Throughout her career, she promoted inclusion and diversity in science and engineering, and eventually throughout whole university systems. Tragically, she took her own life in 2006.

The workshop was organized by the recipients of the decade-old national Denice Denton Emerging Leader ABIE Award, which recognizes junior faculty for high-quality research and significant positive impact on diversity. It reflected the spirit of Denton, aiming to support and develop a generation of academic women and men in science and engineering to be leaders, mentors and coaches, and to contribute to transforming the climate to enable success for those who reflect various dimensions of diversity.

Most people at the event had already faced significant career obstacles, often associated with being some of the first people like them in their settings.

Molly Carnes, a professor in the Department of Medicine at the University of Wisconsin-Madison, said that unconscious mental models and implicit biases often work against women and minorities in academia. She noted that women faculty are more likely to be engaged in “institutional housekeeping” duties and committees, and that faculty of color are often expected to serve on and mentor diversity groups and advise all students of color. In addition, women are 2–8 percent less likely to be funded, and score worse than men on high-value NIH grants and R01 renewals, even though their summary statements are more positive.

Yet faculty bias training can and does improve the academic work climate, Carnes said. “It is time to look at unconscious bias and mistaking confidence for competence.”

Harvard History of Science Professor Evelynn Hammonds emphasized the slow increase in the number of underrepresented minorities in STEM academia. There is no “pipeline,” she said. “Cohort after cohort, we produce ‘one’ minority student. All this creates is marginalization and an isolation void around the small number of minorities who are in STEM departments.” The isolation drains creativity and excludes minority students and faculty alike from many informal networks.

To combat marginalization, Hammonds advised participants to proactively create a network of people to be mentors, encouraging colleagues, and social friends. “The worst periods in my life were when I was isolated,” she noted. “Women of color may need to find colleagues outside their field with whom to network and learn.”

Participants were encouraged to counter the microaggressions they experience by practicing “microinclusions,” small kindnesses towards others that help to move diversity along.

Active mentoring is key to making STEM academic careers more available to diverse persons. Professor Emeritus Robert Gray, widely known for advising many women electrical engineering Ph.D.s during his career at Stanford University, challenged participants to mentor those from diverse backgrounds. He said he had learned from personal experience that if even a few more STEM faculty became active mentors to diverse students and colleagues, the impact would be great. “Individuals count heavily and make a tremendous difference,” he said. “Denice Denton could spot talent, give people a chance, and put them in charge. We should do the same.”

Both Maria Klawe, president of Harvey Mudd College; and Ana Mari Cauce, president of the University of Washington, talked about how actively encouraging diverse faculty is important all the way up to the president’s office. “Facilitating the success of others is a critical role of academic administrators,” Cauce said. “Denice Denton believed having more women in STEM is not just the ‘right’ thing to do, but also the right thing to do for the country.”

Both told how they became involved in leadership positions accidentally, and advised how diverse persons can more deliberately choose leadership career paths. The possibilities and the ways to lead are many, both speakers said. “You can lead from wherever you are,” Cauce encouraged.

Diverse leaders should focus on what is rewarding to them. “Pick something important, persist, build teams and network,” Klawe said. “Adapt and ask for help when you need it.”

Both Klawe and Cauce emphasized the importance of understanding yourself and developing your own leadership style. Klawe, for instance, was used to being outspoken throughout her career, seeing it as the way to foster change in the world. But she changed to a more listening style when she moved into academic administration.

“Be grounded in yourself, know yourself and your own voice—and know how you come across to others,” Cauce advised. “Cultivate a small group of people who will both support and speak truth to you.”

Participants included some 120 mid-career faculty, 20 full professors who acted as coaches, and 16 senior graduate students who were competitively selected for their ability and interest in pursuing academic careers. They came from the STEM fields of engineering, computing, mathematical and physical sciences, and were assistant or associate professors with 4-15 years of experience in tenure-line faculty positions. 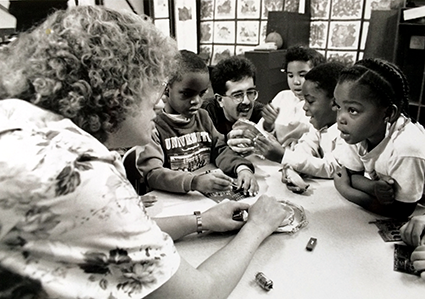 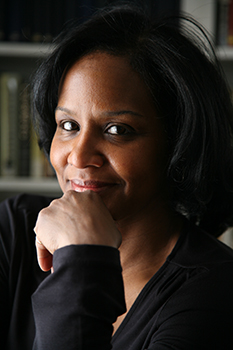