A University of Maryland-led, Federal Aviation Administration (FAA)-funded research consortium that addresses aviation operations issues on behalf of the federal government, the airline industry and the flying public has received renewed funding at a crucial time for air travel.

The announcement comes at a time of critical upheavals in air travel emerging and on the horizon as a result of the COVID-19 pandemic.

NEXTOR began as one of five Centers of Excellence created by the FAA to lead the aviation community in advancing new ideas and paradigms for aviation operations, educating and training aviation professionals, and promoting knowledge transfer among industry, government and academic leaders.

NEXTOR’s decision support tools, operational and system concepts, and policymaking tools have had a substantial impact on aviation practice. Its research results have been incorporated into FAA systems and have led to improved NAS performance.

The universities in the consortium serve as trusted, impartial arbiters of proposals that strive to strike a balance between the interests of government and the airline industry. Because of their long association with the FAA, NEXTOR team members well understand the fundamental problems of the air transportation system and have earned the trust of a broad range of FAA program managers. To industry, the knowledge and capabilities provided by NEXTOR research have provided critical information to executives as they make near-term investment choices and develop long-term strategies.

The FAA and airline industry improvements brought about by NEXTOR research ultimately benefit the traveling public. “We are a source for quality technical research that addresses all three of these perspectives,” Lovell says.

The trust and perspective NEXTOR brings will be invaluable in the current air travel crisis.

“Obviously COVID-19 already has had a huge impact on aviation,” says Ball. “The pandemic will result in some fundamental changes to air transportation.”

Already, the FAA has asked NEXTOR to organize and moderate webinars about the pandemic’s impact on air travel. Topics include the potential impact of social distancing requirements in airport terminals, impacts to training paradigms when traffic volumes are severely reduced, and possible changes in air traffic control practices due to the occasional need to sanitize control facilities after positive COVID-19 tests.

NEXTOR also is developing specific research projects that will study the degree to which the FAA and the airline industry will be permanently changed, and the speed at which airlines might emerge from the crisis.

Collaborative Decision Making
NEXTOR models help air carriers optimize the scheduling of their crews, airframes, and maintenance activities, and mitigate delays to aircraft and passengers, particularly when the delays are due to weather. Ball is particularly proud of how the consortium has contributed in the area of “collaborative decision making” (CDM). The process, studied and honed by the consortium’s cross-disciplinary scholars, establishes how the airlines and the FAA interact on a day-to-day basis. CDM enables transparency, shared situational awareness, and mutually beneficial decision-making in good faith in daily air traffic management situations.

“When you’re traveling in a thunderstorm or bad weather, and there is this declaration that, ‘We have an air traffic delay,’ it’s actually not quite that simple,” Ball explains. “The reason it’s not quite that simple is because of work that’s been done over the past 20 years, work in which the NEXTOR consortium has been quite involved.”

Behind the scenes, a joint process is being followed that allows the airlines to take into account their business strategies and internal costs. This is because, Ball explains, “to the airline, a delay on one plane might be much more costly than a delay on another plane.”

CDM allows the airlines to react to delays, and to FAA initiatives, in a way that allows them to better optimize their internal objective functions and economics. At the same time, it helps the FAA improve overall system performance.

“I’m proud of the research contributions the consortium has made,” Ball says. “In a certain sense, it’s like we have become a research arm of the FAA.”

The reason is the so-called “disrupted passengers”—people whose flights are cancelled altogether or who miss connecting flights because of earlier flight delays.

In other words, the NEXTOR research found the average passenger delay is twice as long as the flight delay. That’s because while there are relatively few disrupted passengers, the delays they face are huge.

NEXTOR and education
In their role as educators, the NEXTOR universities are ensuring the consistent development of a high quality talent pool prepared for careers in aviation. Over the course of its history, NEXTOR has trained a generation of aviation researchers; close to 200 graduate students have participated in NEXTOR research projects and received their Ph.D. or Masters’ degrees from core NEXTOR research universities. These graduates have gone on to pursue careers at key government agencies, providers of aviation research and development services, airlines and universities. In addition, core NEXTOR universities have established programs to provide FAA and industry employees with opportunities for research and higher education. NEXTOR also co-sponsors short courses, workshops, and now webinars with the FAA that are open to any FAA, federal government or industry affiliate employee interested in air transportation systems analysis.

NEXTOR has allowed the Department of Civil and Environmental Engineering (CEE) to flesh out its portfolio in the transportation domain, Lovell says. “While the Maryland Transportation Institute and the Center for Advanced Transportation Technology tend to focus more on surface transportation and, to some extent, public transit, rail, and inland waterways, NEXTOR is the primary home for research and instruction related to aviation.”

NEXTOR gives students in CEE’s transportation and civil systems programs the opportunity to learn about and be involved with this rich research domain. Like other areas of transportation, aviation has readily discernable impacts on most areas of our society. At the same time, it is characterized by vast amounts of nomenclature, processes, and procedures, that create a significant challenge for students to become conversant in. The history and community of the NEXTOR consortium provides a space for students to learn and grow in this complicated arena.

Lovell notes, “CEE students can then blend their interests in aviation with other modes of transportation—or other areas of concern in CEE such as the environment—to construct holistic courses of study that better prepare them for their careers.” 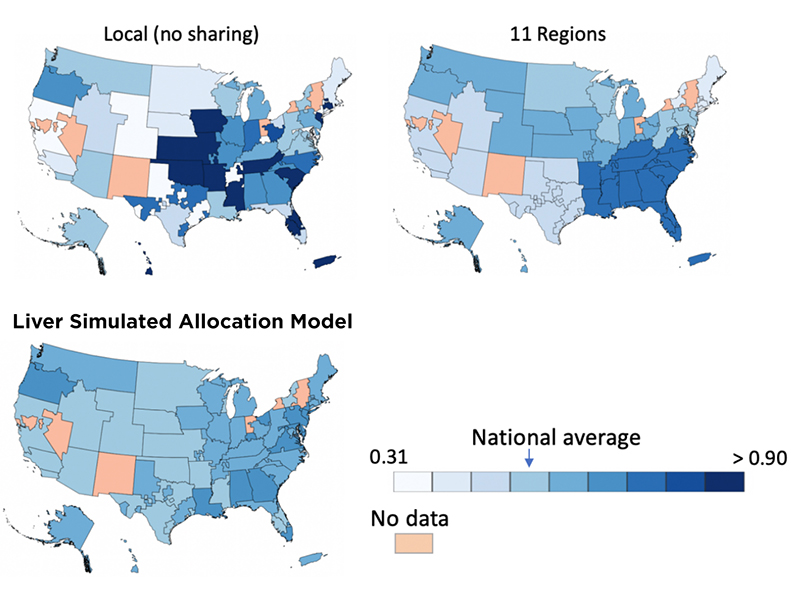