As the critical dimensions of devices continue to shrink, novel methods and apparatus must be developed to overcome device limitations at smaller length scales. Microelectromechanical systems (MEMS), such as micro-fabricated generators, motors or other electromechanical devices, may require suitable rotational speeds for operation on a micron to sub-micron length scale. Unfortunately, conventional designs, such as air bearing rotors and the like, break down due to mechanical and vibrational instabilities, such as mass-induced mechanical instabilities caused by the addition of magnetic materials to the rotor.

Waits is a team leader in the Energy and Power Division of the Sensors and Electron Devices Directorate at the Army Research Laboratory. Beyaz is an assistant professor in the Electrical and Electronics Engineering Department at Antalya International University, Antalya, Turkey.

As graduate students, both worked in the MEMS Sensors and Actuators Lab on the project to develop a microball bearings-supported electromagnetic micro-turbo-generator. 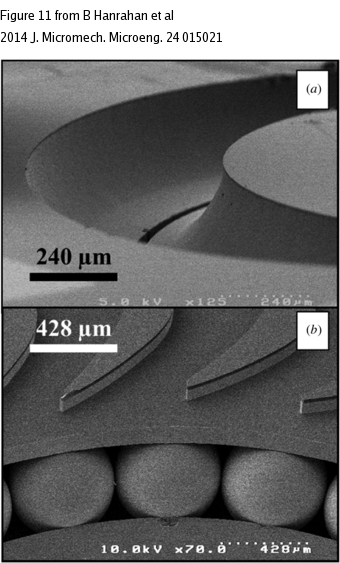 Micro-turbine research on cover of Journal of Micromechanics... 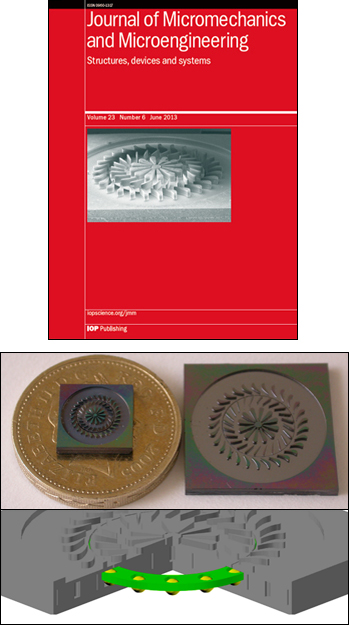 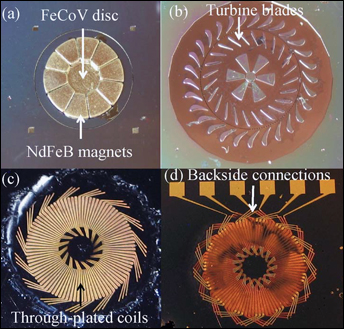