Channel 9 WUSA (Washington, D.C.) anchor and reporter Mike Hydeck was on campus April 27 to do live remotes promoting Maryland Day for the evening newscast. Students and faculty from the Maryland Robotics Center were on hand during the 5:55 p.m. segment:

• Gil Blankenship and his students with robotic vehicles that can be controlled with an iPhone app and a flute.

• Derek Paley's student with two robots programmed to self-balance on a see-saw.

• The Robotics@Maryland undergraduate team (advised by Nuno Martins) with their autonomous underwater vehicle.

The robots represented the wide range of research available to undergraduate and graduate students in the Maryland Robotics Center. 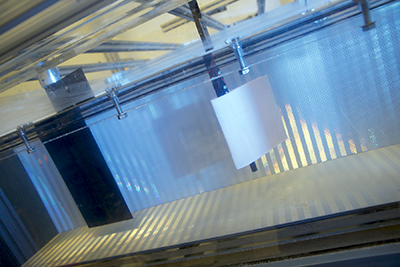