Articles by Maryland Nanocenter Director and Professor Gary Rubloff (MSE/ISR) and ISR Director and Professor Reza Ghodssi (ECE/ISR) are featured in the special September/October 2013 issue of the Journal of Vacuum Science & Technology A. The issue commemorates the 60th anniversary of the American Vacuum Society (AVS).

The special issue is an eclectic collection of 26 reviewing articles and three perspective articles exploring the society’s past and imagining the future.

"We asked scientists, whose names you will recognize immediately, to write about whatever they thought was appropriate for the AVS 60th anniversary issue of the Journal of Vacuum Science and Technology," write Eray Aydil, Susan Sinnott and Susan Burkett, the issue’s editors. "We gave them a chance to reflect on the past and think about the future."

The front cover of the special issue features 10 images that encompass the scope of research covered by scientists in the AVS. Of the 10, three of the images come from Gary Rubloff's research group and another was supplied by Reza Ghodssi's group.

The AVS is currently holding its 60th International Symposium and Exhibition in Long Beach, CA. 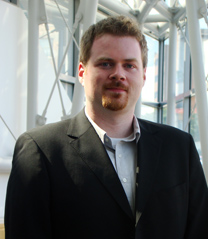