Associate Professor Timothy Horiuchi (ECE/ISR) and ISR-affiliated Assistant Professor Sean Humbert (AE) will be participating in an Office of Naval Research (ONR) MURI, “Animal Inspired Robust Flight with Outer and Inner Loop Strategies.” Maryland’s portion of the grant is $1.48 M. The lead institution for this MURI is the University of Washington, and the principal investigator is Kristi Morgansen. Besides Maryland, other institutions involved include Boston University and the University of North Carolina.

Humbert and Horiuchi’s portion of the grant combines experimental biological analysis with a mathematical framework and control algorithms to develop a single-chip sonar for autonomous unmanned aircraft systems. The team will investigate the sensing, actuation and robust flight kinematics of insects, using a video recording system inside a wind tunnel containing both natural and man-made obstacles. In addition, insects’ tethered-flight body and wing kinematics in response to simulated longitudinal and lateral changes will be video recorded inside a visual flight simulator. The researchers will develop a mathematical framework for echolocation and visual motion for robust environment perception, along with control algorithms based on a multimodal sensory processing framework. Finally, Horiuchi and Humbert will use neuromorphic VLSI techniques to develop a new single-chip sonar that will improve detection resolution in both range and azimuth.

Professor John Baras (ECE/ISR) is participating in an Air Force Office of Scientific Research (AFOSR) MURI, “Multi-Layers and Multi-Resolution Networks of Interacting Agents in Adversarial Environments.” Maryland’s portion of this grant is $700K. The lead institution for this MURI is the University of Illinois, Urbana-Champaign, and the principal investigator is Tamer Basar. (Basar will be giving an ISR Distinguished Lecture on Monday, Oct. 11.) Besides Maryland, other institutions involved include Stanford University and the University of California, Berkeley.

Baras’s portion of the grant will develop systematic methods for multi-agent and networked control, which will further the idea of rapidly-mobile, multi-vehicle, unmanned aerial vehicle networks that can provide situational awareness on both a tactical and strategic scale. The research will provide a more sophisticated view of agent interactions and the information that is available to agents. In particular, the research will use multi-layer, multi-resolution game and team theory, as well as experimental gam theory, to address fundamental issues that arise in networked heterogeneous agents. These issues include complex interactions among agents, uncertainty, adversarial actions, trust, learning, humans-in-the-loop, information and communication, and design of architectures to facilitate generation and transmission of actionable information for performance improvement under different equilibrium solution concepts. 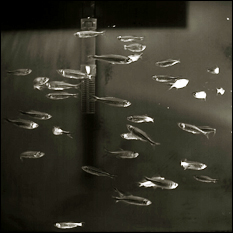