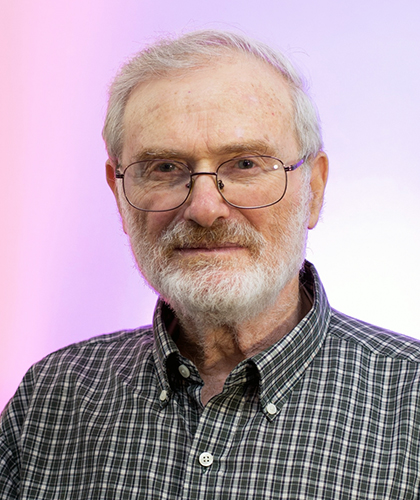 Department of Mathematics
The Institute for Systems Research

Benjamin Kedem, who joined the University of Maryland in 1975 as an Assistant Professor, holds a PhD. (1973) in statistics from Carnegie-Mellon University, Pittsburgh, and specializes in inference for space-time stochastic models. His research has been recognized by several awards including IEEE W.R.G. Baker award (1988), award from the Armament Development Authority, Israel (1984), NASA/Goddard Exceptional Achievement Award (1997), and IBM Faculty Award (2006). He is a Fellow of the American Statistical Association.

Kedem has published in statistics, engineering, and scientific journals including the Annals of Statistics, Journal of the American Statistical Association (JASA), Biomertrika, IEEE Tr. on Information Theory, Journal of the Acoustical Society of America (another JASA), Journal of Applied Meteorology, and Journal of Geophysical Research.

When nobody sees, let alone hears, he likes to play on his old accordion, harmonica, or both simultaneously, such tunes as "Good Night Irene," versions of "Karabushka" (Russian), Klezmer music, etc. These hardly change over the years. Kedem is also an avid soccer player.

We congratulate graduates at all levels who have ISR advisors!

The UT San Antonio professor was advised by Ben Kedem.

Kedem is being honored for his significant contributions to the Journal of Time Series Analysis.

Martin, a member of the statistics faculty at North Carolina State University, is the network's February 13th honoree for Black History Month.

In new paper, Ben Kedem, Xuze Zhang and S. Pyne develop a density ratio model with an extension of variable tilts to estimate residential radon level distribution in areas where exposure to underground radon may be an issue.

The award is for the paper, 'Bayesian analysis of a density ratio model,' published in the journal in 2017.

New statistical methods for improved inference of information coming from many sources.

Former student of Ben Kedem is on faculty of University of Texas at San Antonio.

Symposium in honor of Ben Kedem will be held in July

Theme is "Advances in Statistics and Applied Probability: Unified Approaches."