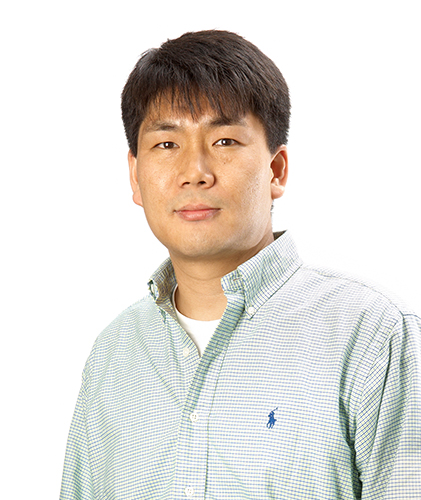 He is a member of IEEE and has served on the technical program committee for IEEE ICC, ACM MobiHoc, and Wireless Internet.

Han received her Ph.D. in 2006 under the guidance of Prof. Richard La with a focus on wireless communication in ad-hoc networks.

The issue includes 21 articles that reflect the state of the art in Age of Information research.

Alum Xiaobo Tan and his MSU colleagues have developed sensing panels that can record the mechanics of the attachment.

Unlocking the Mysteries of Fire ... in Space

A University of Maryland engineer's work aboard the International Space Station could lead to cleaner engines and power plants, and safer living conditions in space.

The new UMB-UMCP program has announced its first grants for projects combining AI and medicine.

Former student of Lung-Wen Tsai has been on technology institute's faculty for 20 years.

Baras honored for his technical contributions and commercialization leadership of Internet over satellite, hybrid satellites, and terrestrial networks.

Moving towards a more diverse and inclusive campus.

Findings could advance the design of hurricane-resistant structures.

The award is the highest recognition of professional achievement for US control systems engineers and scientists.

The Auditory System at the Cocktail Party describes the mechanisms the auditory system employs to focus on specific sounds within a noisy environment.

La is a joint appointee of the Electrical and Computer Engineering Department and the Institute for Systems Research.

She will pursue Ph.D. study in electrical and systems engineering at the University of Pennsylvania in the fall.

Five-day event focused on role of engineers in disaster prevention, mitigation, and response.

Worth $4.7 million, the projects team Maryland faculty and companies to bring products closer to market.

Patent is for a method and system for source authentication in group communications.

Professor & alumnus will present a plan for a speech extraction technology for voice communications.

Group will give graduate students opportunity for camaraderie and learning.

The legal services provider is now headquartered in the TAP Incubator.

Research will be a first step towards identifying suitable frameworks.

Event for graduate students and postdocs draws more than 100 participants.

Research will focus on networked systems and multi-agent systems.

ECE and ISR faculty member is specialist in network modeling and resource allocation.