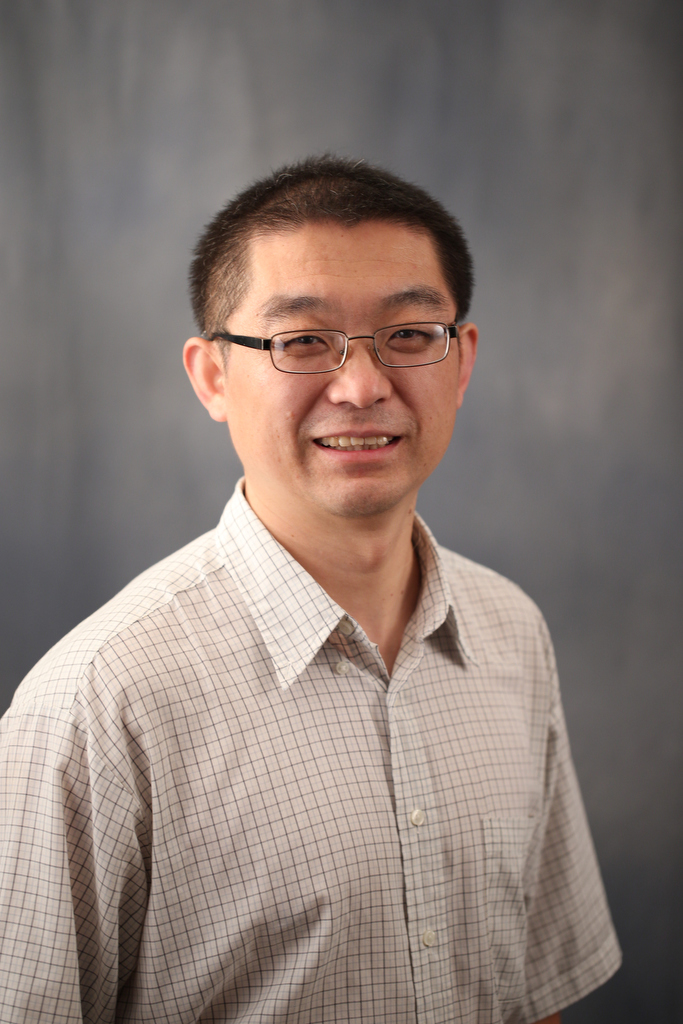 Dr. Qu is a member of IEEE and ACM. He is also an individual member of the Virtual Socket Interface (VSI) Alliance. He has served the technical program committee for many conferences and is currently the general co-chair for the 16th ACM Great Lakes Symposium on VLSI (GLSVLSI 2006). He has published more than 60 journal and conference papers in these areas and co-authored the first book in VLSI Design intellectual property protection. He has won the ACM SIGMOBILE MobiCom best student paper award in 2001.

•    Best Paper Award for the IEEE Conference on Application-specific Systems, Architectures and Processors (2006)

He has published more than 60 journal and conference papers in these areas and co-authored the first book in VLSI Design intellectual property protection. He won the ACM SIGMOBILE MobiCom best student paper award in 2001..

Gang Qu is one of the event organizers; Ankur Srivastava is a moderator of Panel 5 on hardware assurance for AI.

They will investigate a wide range of attack methodologies that could be used against protoype IC chiplets being developed in the project.

Recycling isn't always good in the electronics world where passing off old integrated circuits as 'new' is increasingly common.

UMD researchers are building an ingestible capsule that can monitor and model gut microbiome serotonin activity and help demystify the “gut-brain axis.”

The 2020 ISR Welcome Back Reception and Awards Ceremony was held online due to the pandemic situation.

The optical features of paper can be used to authenticate documents with mobile cameras and illumination.

Micro-signals on videos could be used to infer physiological conditions.

Their promotions are effective July 1, 2020.

The interdisciplinary project will explore the molecular connection between the gut and the nervous system.

Projects featuring Fritz, Babadi and Ghodssi are among seven chosen for FY18 funding.

The research will focus on the development of three enabling technologies to establish polymorphic gates as a hardware security primitive.

Professor Gang Qu's keynote speech was on “How Hardware are Made Insecure and Untrusted.”

Transparent wood made at UMD could create new windows, cars and solar panels

Five projects selected for inaugural round of funding.

Qu and research team will study the use of Silicon Physical Unclonable Functions (PUFs) as an entropy source.

Security must be designed into systems, not added after the fact, both agreed.

Anodes with layer of alumina resist corrosion and cycle well

ECE professor was one of two nominees from the University of Maryland.

The workshop concentrated on emerging cybersecurity technologies used in warfare.

Researchers will investigate how crowds of neurons process sensory information.

Srivastava's research has advanced the frontiers of chip design technology.

Qu is part of new AFOSR MURI on security theory for nano-scale devices.

New initiative positions university at the forefront of the next chapter in massive open online courses.

A Battery Made of Wood?

Research is part of agreement between Autonomous Province of Trento, Italy, and University of Maryland.

Qu Appointed to Editorial Board of IEEE Transactions on Computers

Researchers will develop a system that features holographic optical tweezers.

Research will focus on novel applications of data hiding in computer programs.